Exeter Harrier, U17W, Molly Canham returned to Sheffield at the weekend to, once again, compete in the EA Age Group Champs. Twelve months previously Canham had won 800m Gold and was hopeful of regaining her title. However, there was no Super Saturday for her this year as, although set to place, she was disqualified. Day 2 of the competition brought better fortune and Canham won Gold in the 1500m (4.37.99) bettering the U20W winner’s time of 4:38.20. Whilst she still favours 800m she will be experimenting with a range of distances this season from 400m – 3000m.

Finley McLear, U20m, was also to be disappointed. He ran well in the 800m at The SW Indoor Champs in Cardiff, earlier this month, clocking a time of 1:54.61 but was disqualified in the EA Champs heats. The eventual winner was Will Crisp in a time of 1:54.4. Hopefully, McLear will fare better when the outdoor season commences.

Jack Turner, 1st year U20m, competed in the HJ placing 9th with a jump of 1.95m. Three other athletes cleared the same height but ranked above him. The event winner Joel Khan, (a 2nd year U20) jumped an impressive 2.20m. Turner finished 14th in the LJ (6.22m) and 3rd in H1 60mHu in a time of 8.48. His first race at the U20 increased height. Turner will no doubt be hoping to build on his strong 2017 performances particularly in the Combined Events. 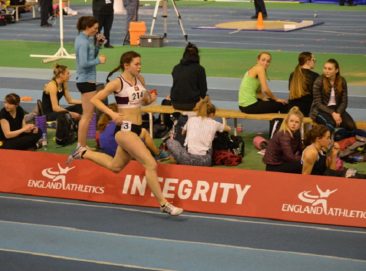 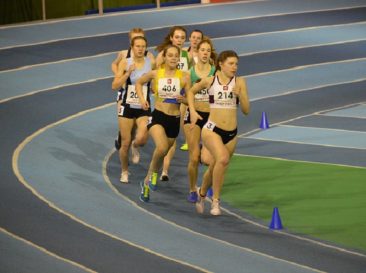 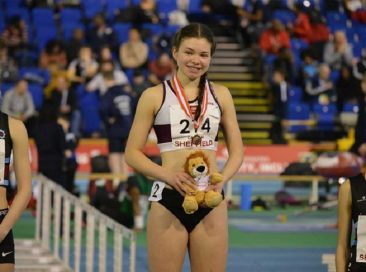 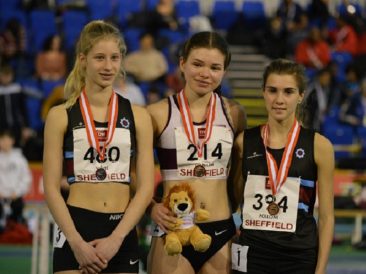