September saw Exeter Harriers focus on Combined Event. Amongst their members they are proud to have two extremely talented young Decathletes, Sam Talbot and Jack Turner, both having represented GB.

The Decathletes were invited to join the Junior athletes’ training session, where they participated in the warm-up, group coaching sessions and answered questions on multi-eventing including favourite disciplines and Olympic aspirations! They posed for photos and even received requests for autographs. During the evening Talbot, who due to injury has been unable to compete this season, was presented with The Power of 10 Award for his impressive 2017 UKA rankings; 1st U20M Decathlon, 2nd Long Jump (outdoor and indoor), 60m Hurdles 2nd and 110m Hurdles 9th. 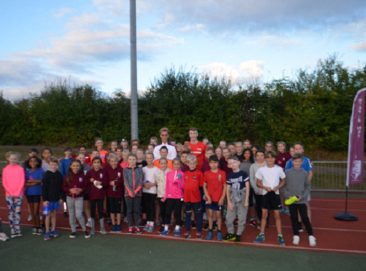 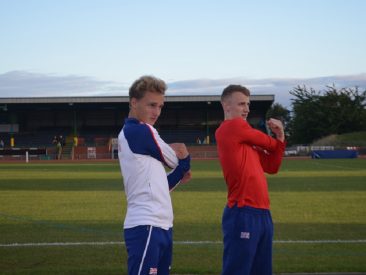 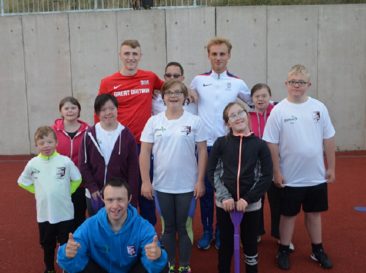 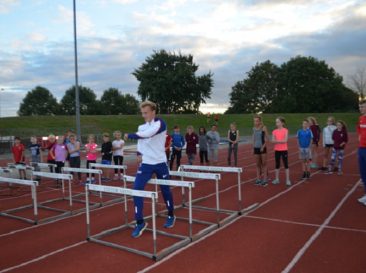 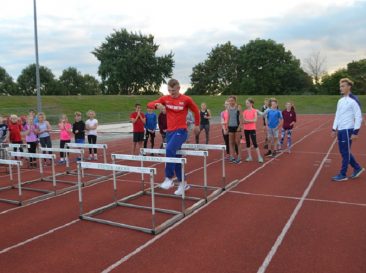 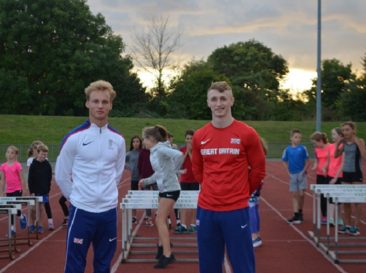 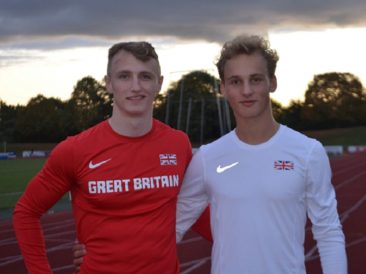 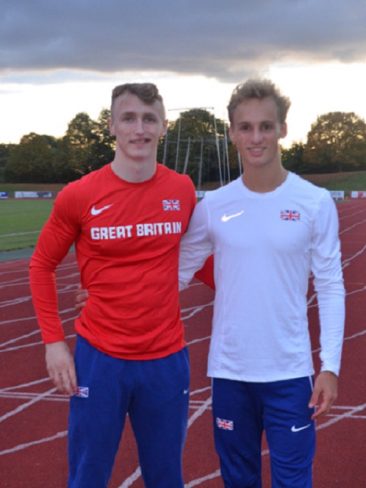 Olivia Dobson U20 Heptathlete, and International vest holder, was unable to attend the session but has also enjoyed a great season. As a first year U20 she ranks 5th in the U20 Heptathlon and won the U18W competition at the EA Combined Events U20/Senior Championships in May.

Fionn Wright (U23M) also competed at the EA Senior Combined Events Champs in May. The Loughborough Uni student’s PB decathlon performance, of 5825, placed him 16th in the competition and 30th on the UK rankings.

The ESAA Combined Events Championships saw a number of Exeter Harriers competing in both team and individual events.

Jack Turner, as previously mentioned, secured Gold in the Senior Boys individual event with 6808 points as well as winning Gold as part of the Somerset Schools SB Team.

Megan Hamilton-Strong took Bronze in the individual Junior Girls event and was part of the Devon Team who won Gold. She is currently ranked 4th on the UKA U15G pentathlon rankings, whilst her Devon team mate, Katie Chapman placed 10th at the competition and is currently ranked 3rd nationally.

Exeter Harriers Luke Cressey, Craig Moncur and Thomas Putt comprised the Devon Inter-Boys Team. Despite Putt sustaining an injury just prior to the competition they placed 7th, 9th and 19th respectively in the Octathlon and at the season’s close 9th, 12th and 20th respectively on the National rankings. Their collective performances secured Silver for the county.

Daniel Hamilton-Strong competed as an individual in the Junior Boys competition and placed 14th in the Pentathlon. He is currently ranked 12th nationally.

Oliva Dobson qualified for the ESSA CE Champs but unfortunately injury prevented her from competing.

Exeter Harriers ran an end of season Combined Events competition at Exeter Arena on 23rd September with a good level of entries from some of the clubs youngest members in the U11 – U13 age groups, no doubt inspired by Talbot and Turner’s visit.

In conjunction with the Combined Events, Exeter Harriers’ DSActive Group (Athletics for those with Down’s Syndrome) completed their own Quadrathon; 60m sprint, vortex throw, standing long jump and 200m. The group, who train on a Thursday evening, is open to new participants aged 8 and over. Full details can be found via the following link