Exeter Harriers took part in the 4th match of the Devon Sportshall League at the Plymouth Life Centre on Sunday 25th February 2018. The athletes scored vital points for the club with many good performances.

Although, not many in number the athletes managed to scoop four 2nd place positions, five 3rd place positions and three 4th place positions. The overall best performances of the day were provided by U13G Imogen Bond coming 2nd in the 2 Lap race, U15G Samidi Nanayakkara, who had also competed at the ECCA Nationals at Parliament Hill the day before,  achieving 2nd place in the 4 Lap race. Samidi also took 2nd place in the Standing Triple Jump, with U13G Isabella Peyton-Jones jumping consistently well in the High Jump to take 2nd place overall with a height of 1.25m. U13G Charlotte Star put in a good performance in the Shot Put taking 3rd place overall with a best throw of 6.00m.

The crowning glory for the U13G team consisting of: Peyton-Jones, Jenions, Woolley and Bond (pictured here), was taking 2nd place overall at the final event of the day, in the Obstacle Relay race. 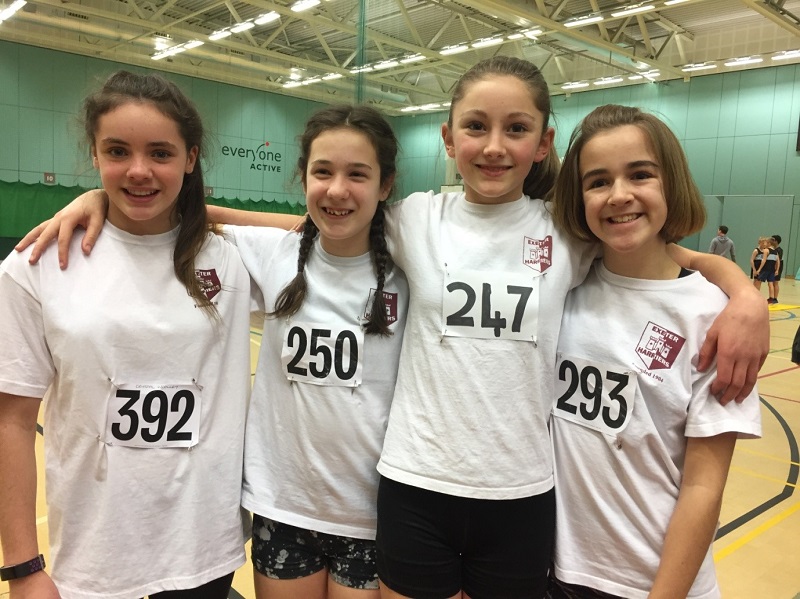