For many athletes at the Devon Open in Plymouth it was an opportunity, having moved up age groups, to compete for the first time at new events on Sunday.

This was true for Olivia Dobson, bronze medallist at last year’s English Schools heptathlon, as moving up to U20W means new hurdles height and spacing. Her objective was a clean 1st run at the event, which she achieved admirably in a time of 16.05s. Olivia also competed in the 200m and now looks forward to her 1st heptathlon, of the year, next weekend as a guest at the Somerset Schools Combined Events in Street.

U17W, twins, Isabella and Jemima Kerley were also looking for PBs but a strong headwind made this difficult in the sprints. Isabella achieved a new PB in the 400m of 65.99s, shaving off 1.5s from her first run at this event 2 weeks ago, at the Southern Athletics League match. Jemima ran the 200m (28.14s) and 300m, winning the latter in 44.05s.

The Devon Open Series provides an ideal opportunity for U11 and U13 athletes to compete enabling them to improve their PBs and try new events.  Exeter Harriers participates in The English Schools Athletics Association Award Badge Scheme and performances in competitions, such as the Devon Open, can enable them to earn badges.  If you’re an U11 or U13 athlete and interested in competing in the Devon Open, including being part of an Exeter Harriers Relay Team, then please email Emma Vernon on devonopen@exeterharriers.org.uk 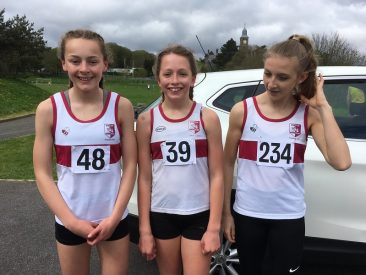 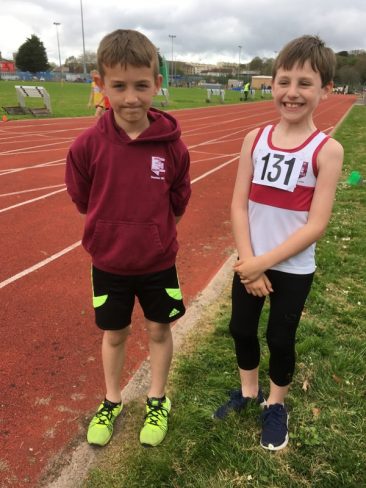 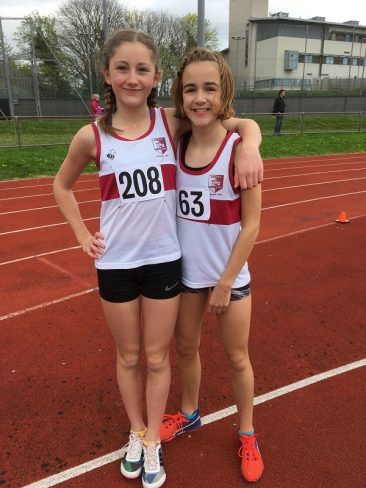 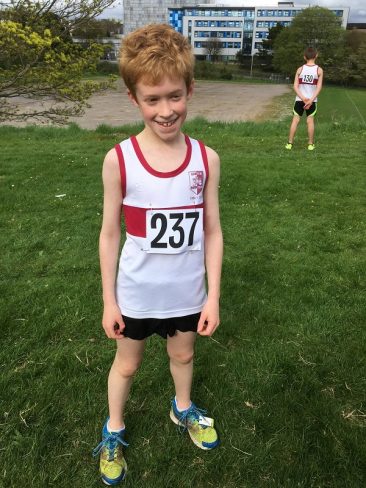