Exeter Harriers were well represented across the age groups in the latest Westward Cross-Country League meeting at Westward Ho!

Running with the senior women, Phoebe Killen finished 17th and third in the under-17 age group, with Lauren Coleman, also an under-17, finishing 28th overall and fourth in her age group. Catherine Harman was 43rd.

Elliot Moran and Lee Dart finished as runner-up and sixth respectively in the under-15 boys’ race, with Jonny Livingstone second in the under-13 race.

Caitlin Apps made it a hat-trick of runners-up spots for the club with second place in the under-15 girls’ race, with Runa Manby finishing fifth, Sophie Burden 12th, Courtney Howard 14th and Andrea Gilbert 17th.

In the under-11 development races, Sam Mills was third and Isobel Peyton-Jones finished 12th in the girls’ race. 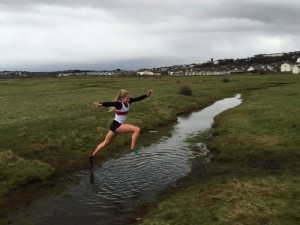