Exeter Harriers men’s road running team have shown their return to winning ways, after a long time in the doldrums, by winning the team prize in the Fulfords 5 Mile Road Race in Exmouth on Sunday 5th February.  With a field of more than 250 competitors Callum Crawford was the first placed runner for the EHs team, in 5th place, with Steve Goss, a coach of the Off Track Running Group, finishing in 9th place and first veteran in the V45 age group. Tom Burman was  just behind him in 11th place.  The other club runners were James Scarth (21st), Harry Mills (25th), and Howard Bailey (32nd).  Well done guys!
The Off Track Running Group Train every Tuesday and welcome new runners (male and female) or those from other clubs.  All abilities are catered for’. 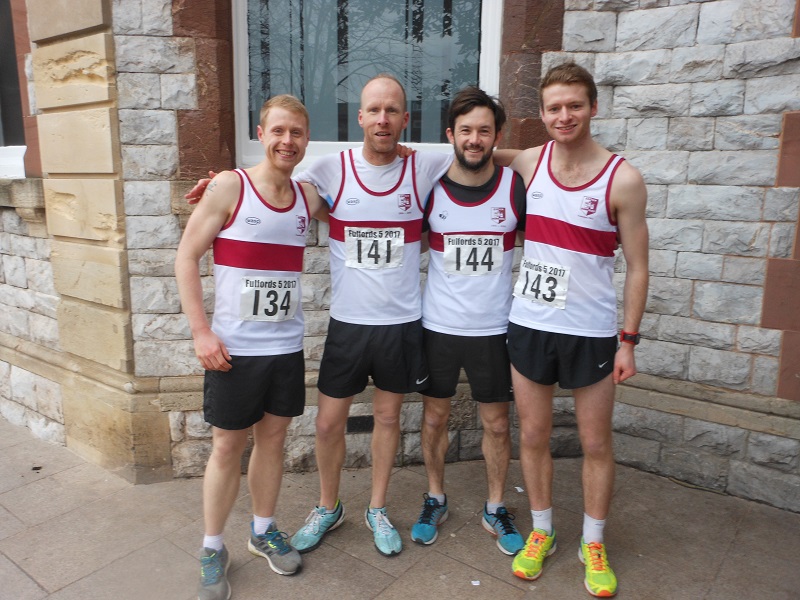 Men’s Road Running Team – from the left are Tom, Steve, Harry and Callum