Last Saturday, young athletes, from all over the South West, descended on Exeter Arena to compete in the South West Schools Athletics Championships. Competition was fierce as all were vying for a place in their County Team for the English Schools National Championships, held in Birmingham, on 13th & 14th July. Athletes were looking to gain an entry (ES) or, in some cases, national standard (NS) performance, if not already achieved at the County Schools competition the previous weekend.

It was Lucky 7 for Olivia Dobson winning the U20W high jump with an Equal Championship Best Performance of 1.75m (NS), a record set in 1977, and a new PB. This jump places her 7th on the UK rankings. The previous week, at the county event, she won the U20W shot with a putt of 12.78m (NS) also placing her 7th on the UKA National Rankings and came 2nd in the Javelin, with a throw of 39.08 (ES).

At the County round, U17M Josh Tyler achieved National Standard in the shot, with a putt of 15.24m, placing him 4th on the UKA National Rankings. Tyler also came 1st in the discus with a 39.80m throw. At the South West Schools he placed 1st and 3rd respectively.

Wins were also achieved in the Devon Schools Competition as follows; 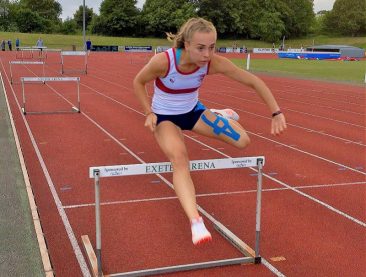 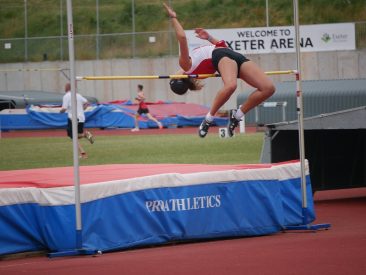 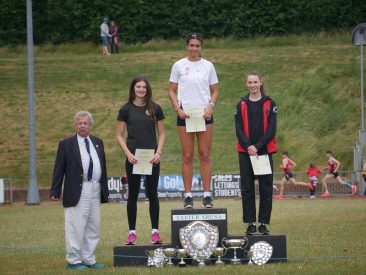 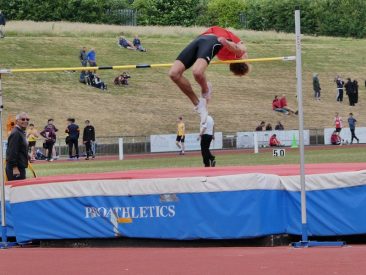