Exeter Harriers were proud to have 19 athletes compete in the English Schools AA Track and Field Championships held at the Alexander Stadium, Birmingham on 7th & 8th July.  It’s reported 2000 athletes attended this year making it one of the largest athletics meet in Europe with two of the club’s rising track stars; Molly Canhan and Elliot Moran gaining medal positions, against top class competition.

Molly Canham1st year IG secured Gold in the 800m in 2016, as a JG, and had her sights firmly set on medaling again. “She has been working on new race tactics for the past few weeks with Phil Banning” (her new coach as of last month) said mum, “but mistimed her kick a little bit and was pushed back by some errant elbows. It was such a closely pitched race that it was touch and go if she would make the medals at all going into it and her usual front running was unlikely to work in that field, so a silver and a small PB (2.07.44) is brilliant.”

Her Silver Medal success has secured her a place at the SIAB event, in Dublin, next weekend which “she is very excited about. She’s hoping that with a few small adjustments next weekend might be more successful.” 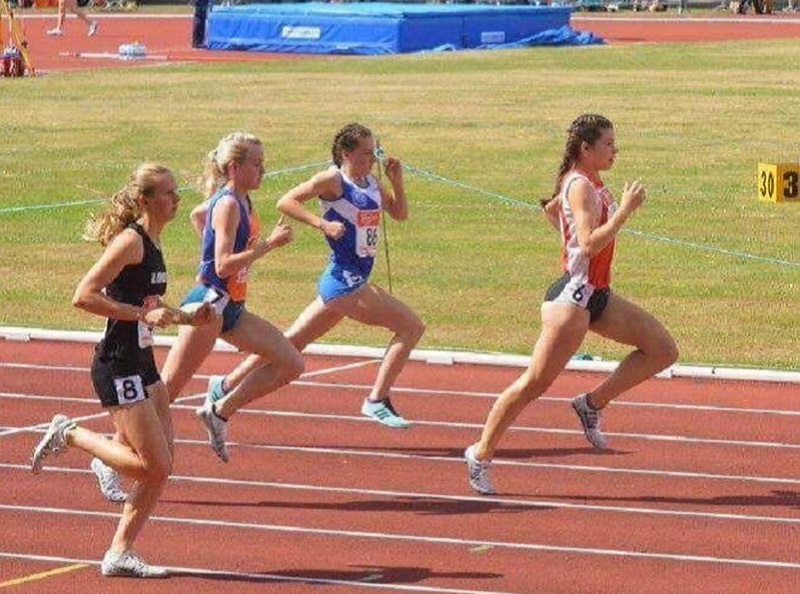 Elliot Moran really stepped up the pace to claim Bronze in the IB 1500m Steeplechase in a time of 4:24.71.  Elliot’s first race of the season, at the Great West Open – Ken Trickey Memorial, had seen him run 4:42.67.

“I had really stepped up the training in the weeks prior to the race and was feeling good in training especially technically. Before going to The Championships I was nervous but committed and even a little confident! Whilst the race was mostly a blur, due to the huge occasion and focus, I remember the physicality of the race and having to traverse other competitors around the treacherous water jump. The atmosphere definitely made a difference to how quick the race was. Despite heavy legs and utter exhaustion there was a feeling of pure elation after crossing the line in third place. Coupled with an 8 second PB and the 3rd fastest time in the U.K. it made standing on the podium in front of the crowd more special.”

Elliot just missed out on the SIAB selection and commented “whilst I am incredibly proud of my efforts I won’t stop training yet as being so close to an international place has driven me to keep pushing towards the EA Champs in August to do one or even two places better! However, overall the weekend was one I am extremely proud of and I’d like to thank all my friends and family for their incredible support.” 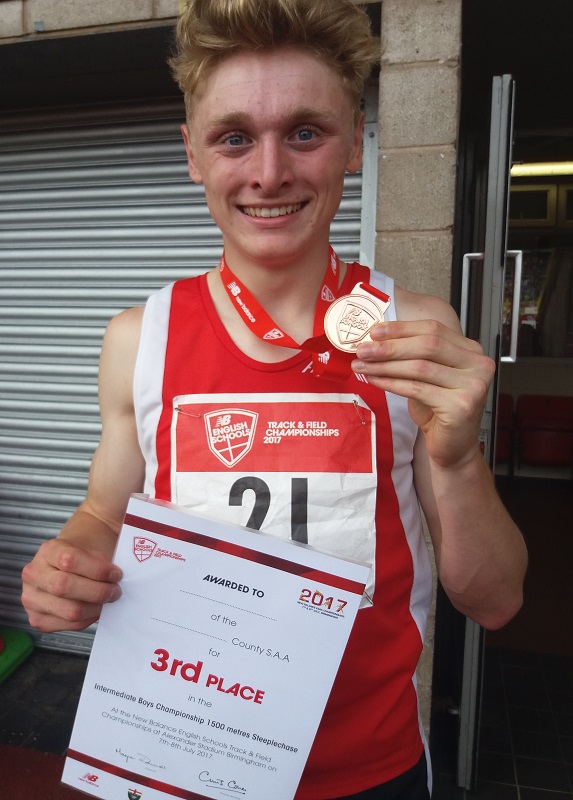 Just missing out on medal position were; Jack Turner who came 4th, on countback, in the IB High Jump with a jump of 1.92 (ES) and Trixie Nicholson 4th in the IG Javelin with a (NS) throw of 42.61m.

All 40 athletes in the Devon Team also took part in the parade, on the second day, unless competing immediately after. 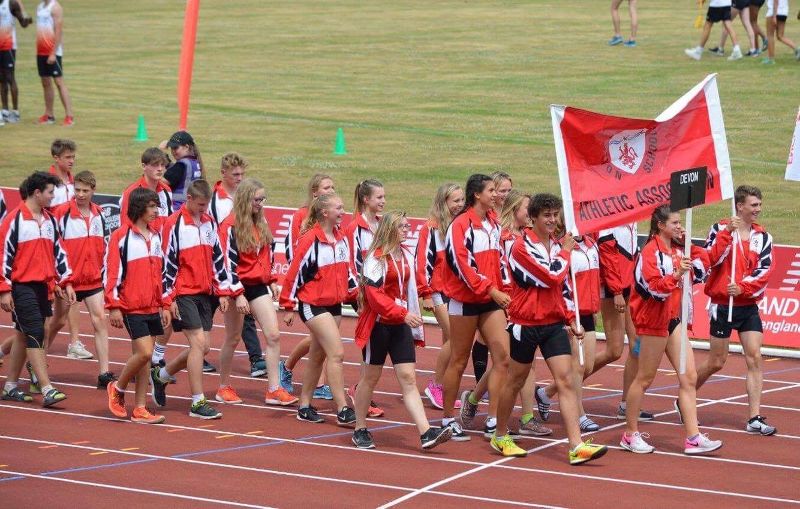 Results, from all Exeter Harriers’ athletes selected, can be seen below