Despite a cancelled flight, little sleep and a hectic competition schedule Mark Palmer claimed Gold and Silver, for GB, in the IAADS European Champs.  The competition was held over 2 mornings, on 14th & 15th October, in EstÃ¡dio Municipal Lavandeira, Vila Nova de Gaia, Portugal.

Day two saw Mark reach the Long Jump final on the strength of his one valid jump, a PB. Mark then competed in the second heat of the 200m finishing 2nd.  Immediately he dashed back to the LJ final where he unfortunately had 3 further invalid jumps and finished 6th, based on his qualifying round performance.

With no rest Mark proceeded to the 800m start and amazingly managed to achieve European Gold in 3 min 09.60 secs!  Twenty minutes later, very tired, he finished fourth in 200m final in 33.68 secs.  Well done Mark – Four Finals, one Silver and one Gold. 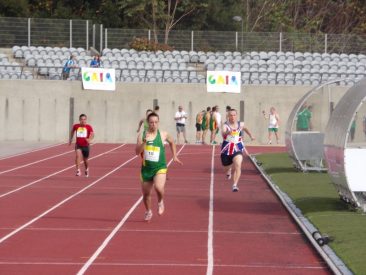 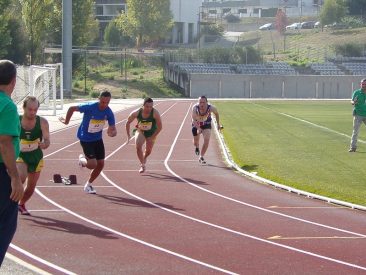 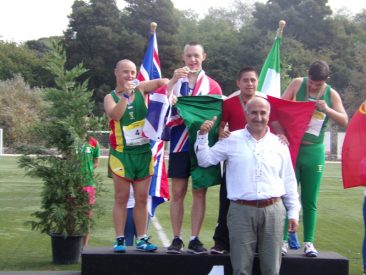 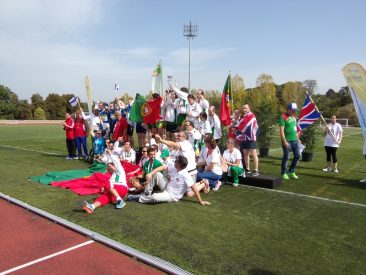 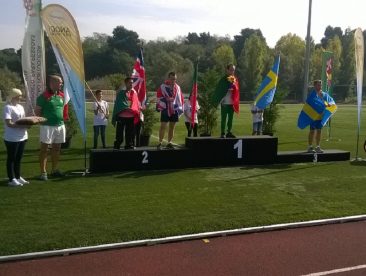 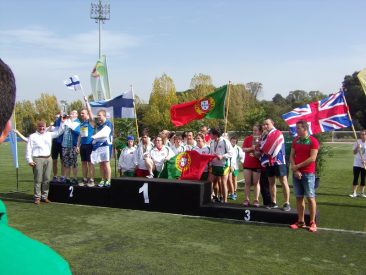 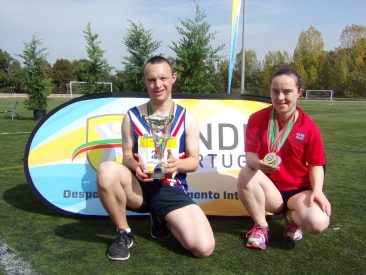 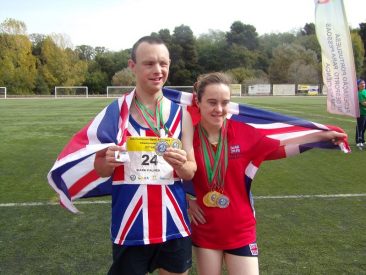 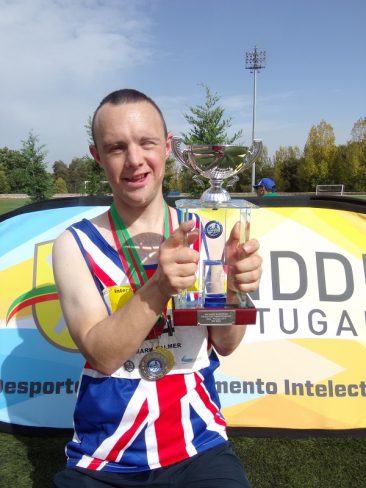