A stronger men’s team turned out for the Southern Athletics League at Swindon, on a very hot Saturday, coming 2nd in both the 4×100 relay and 4×400 relay with a tight finish, in the former, with Guildford being given the same time of 46.0s. 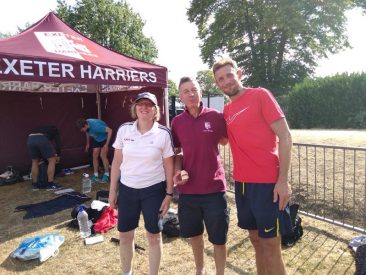