Rob Grew competed in the M50 400, winning his heat comfortably with a time of 57.21 and progressing easily through to the final. Short of form this year following knee surgery twelve months ago, all came together in the final, with Grew securing bronze in a new season’s best of 56.97.

Ian Allen competed in four M45 age group events, coming away with bronze in the high jump with 1.70 and was unlucky with fourth place in both the long jump and triple jump with 5.79 and 11.78 respectively. “My best long jump came in the first round and into a -1.9 headwind. It put me in third and just a few cms off second, but I felt tired and lethargic and dropped back to fourth in the fifth round.” Allen was particularly pleased with his high jump, clearing all heights on his first attempt and ending on a season’s best. “Triple jump started with a reasonable jump and put me in third, then had a ding-dong battle with the Russian athlete, we both improved jump on jump and swapped positions and back again in the next three rounds, he overtook me and I couldn’t improve further.” Adding to Allen’s successes was a place in the final of the 100, where he finished seventh.

Jean Thomas, competing in the F50 10K road race, ran a strong race to finish seventh in a new lifetime best of 57.59, taking almost 3 mins of her previous best time. 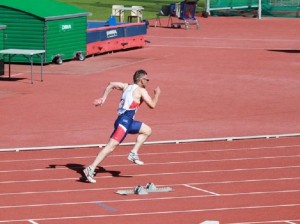 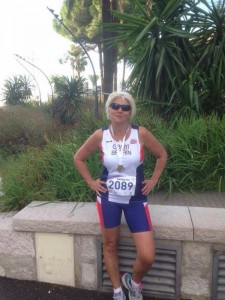 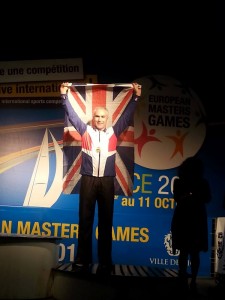 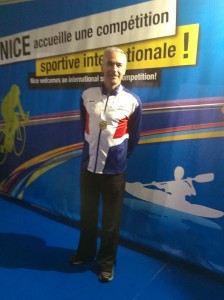