Club volunteers, Irene Brown and Mark Palmer were both shortlisted for England Athletics South West Volunteering Awards.  Mark was nominated for SW Volunteer of the Year, for coaching the club’s DS Active Group, and Irene for The Spirit of 2012 Volunteer, for her work on the Game Changers Project

Both attended the Regional Awards Ceremony at the Exeter Golf and Country Club early in October and both walked away with awards in their respective categories presented by, club member, Jo Pavey.  Jo commented that she has attended one of the DS Active Thursday night training sessions and was impressed to see the club’s Young Game Changers helping and then training later in the evening. She also commented on Mark coaching and then, later in the evening, watching his speed session.  Mark is due to compete in Madeira at the IAADS Games later in October.

Mark and Irene are now shortlisted for the National Awards on 13th October. 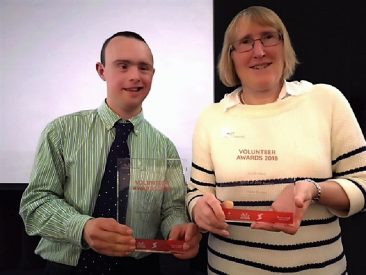 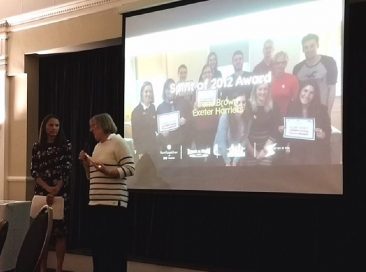 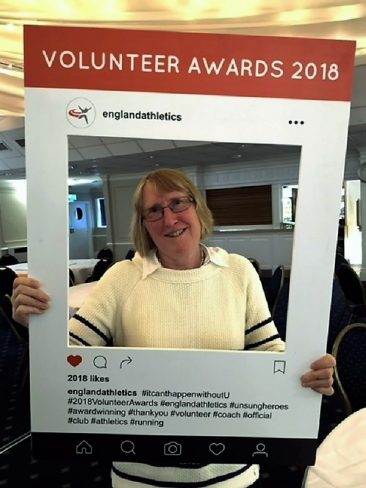 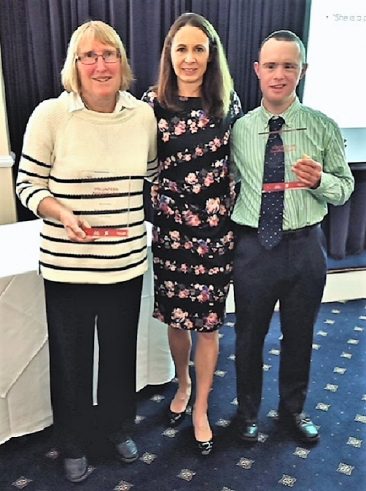 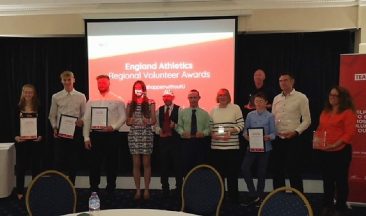 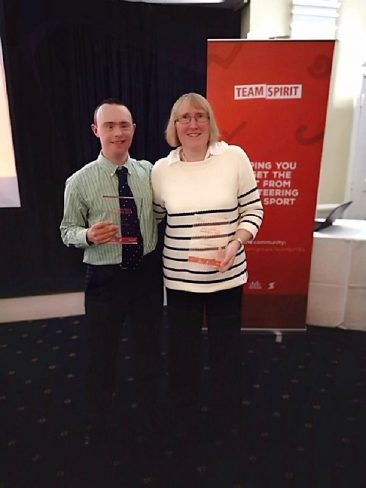