On Saturday, Exeter Harrier, Rob Mann was back again in London competing at the Highgate Harriers Night of 10,000m PBs which has gained cult status on the distance running race calendar. This year the event acted as a World Championships qualification race, featuring club member Jo Pavey in the Women’s event. However, Mann was wearing his Exeter Uni vest, this time round, competing in the British University Championships (BUCS) 10,000m race.

“It was great to have the opportunity to race on behalf of the University” commented Mann, pictured below with his uni team mate Joachim Tranvag. “The Highgate Harriers Night of 10,000m PB’s has such a special atmosphere that it really drives you to deliver your best effort, regardless of current form. Although I probably didn’t race to my potential, being part of such a unique grassroots athletics event made the trip to London worthwhile. Being able to watch fellow Exeter Harrier, Jo Pavey, chase World Championship qualification was very special too.”

Jo Pavey commented on social media “Brilliant atmosphere #Nightof10000mPBs Gave it a go but it was a long shot to turn it around in time after my marathon disaster.” 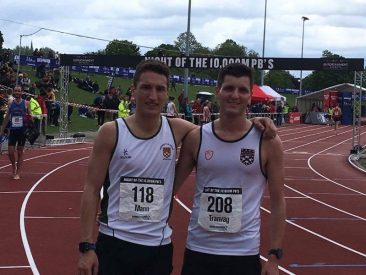 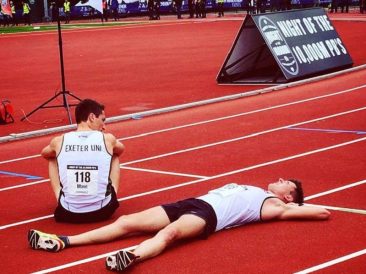 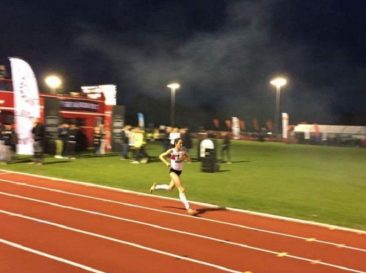