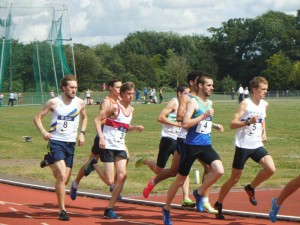 Exeter Harriers senior men’s team travelled up to Abingdon last Saturday to compete in the final British Athletics League fixture of the season. With yet again a large number of absentees due to injury or unavailability, the team were able to call upon only 14 athletes.

Steve Turnock and Dominic Allen dominated the javelin to win both the A and B string events. With Steve struggling with injury all season, he managed to win the competition off half a run up which was very impressive to say the least. Dominic Allen took the big step up from under 17 level to the senior ranks in his stride performed impressively well to win the B string.

Jack Bancroft showed his promise again in the longer events by finishing second in a fiercely contested 3000 metres. With just 400 metres to go, a group of 12 athletes were all together and using his 1500 metres speed, a quick 61 second last lap ensured Jack of a solid placing. 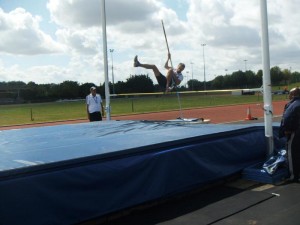 Even with some strong performances from a few athletes, the sheer lack of numbers made the different with the team finishing in 8th place in the fixture which was not quite good enough to stay in the division. This means for the 2015 season the team will be in Division 4 and will be hoping for a quick comeback with some promising youngsters coming through in the club and a large number of athletes returning from injury.