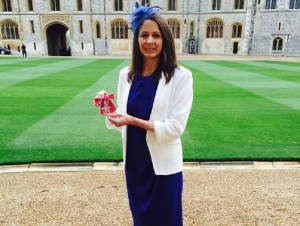 So honoured to receive my MBE today and to meet so many inspiring people. pic.twitter.com/9CO9BVRiCG

Yesterday the four-time Olympian described receiving the MBE from the Princess Royal as “a massive honour”.