Exeter Harriers’ running superstar Jo Pavey has made history after being called up to represent Great Britain at a fifth consecutive Olympics.

The news was confirmed on Wednesday, making her the first British track athlete to achieve five in a row.

Jo, 42, has been picked over her 24-year-old rival Kate Avery after setting the fastest time by a British woman this year at the European Championships last week.

The mother of two defied the odds and came roaring back to finish 5th at the European Athletics Championships in Amsterdam.

It’s a huge fight back from the Exeter Harrier, who lives in the Honiton area, after illness and injury looked to end her hopes of making it to the Olympics.

Earlier this year Jo said that if she was selected for Rio she wouldn’t bring her family due to fears over the Zika Virus.

Talking to Sportswomen on Sky she said: “It puts people in a difficult situation.

“Especially people like myself, who are considering starting a family. I’m fortunate that I’ve had children. It is frustrating, it puts athletes in a very difficult position

“If I was to be selected, I wouldn’t go with my family.”

She added: “Your heart goes out to these poor people who live in these countries,”

“You see these heart-wrenching situations where they’ve got these poor babies and the affected families.

“As a parent myself, and knowing how fortunate I’ve been with two healthy children, you feel guilty talking about sport.”

Also included in the 80-strong Team GB squad for the 2016 Olympics in Rio on Wednesday were Olympic Champions Jess Ennis-Hill, Mo Farah and Greg Rutherford who will be back to defend their titles in Brazil, having triumphed on ‘Super Saturday’ at London 2012.

It has been a busy week for Jo, who also released her autobiography this week titled ‘This Mum Runs”. 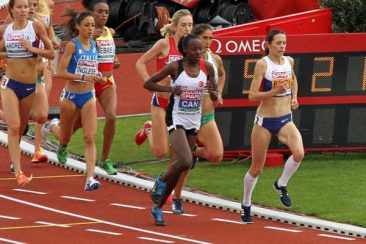 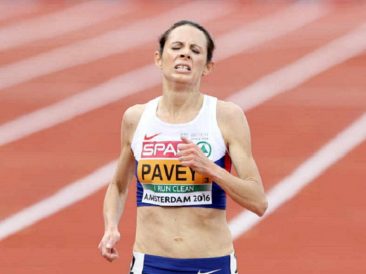