Rob Mann, PhD student at the University of Exeter, Exeter Harriers’ Club Member and Coach competed in his first London Marathon on Sunday finishing an amazing 94th overall in a superb time of 2:32:32, a new PB!

Mann is based within the Children’s Health and Exercise Research Centre (Sport and Health Science) at the University and researching the training practices and injury risk factors associated with adolescent distance runners.

Rob took time out of his busy schedule to answer a few questions for us;

Was this your first Marathon?

“This was my fifth marathon. However, I had not raced over this distance since 2013 due to injury. As a result, this was my first marathon as a member of the Exeter Harriers. I really enjoyed racing around London in the white and maroon singlet.”

Was there anyone else running for the Exeter Harriers?

“The only other Exeter Harrier that I knew racing was Jo Pavey, in with the elite women’s field. However, there was a strong contingent of runners from Exeter, (and the South-West, in general), including athletes from the Exeter University Athletics Club, South-West Road Runners, and Exmouth Harriers.”

What was your aim for the race?

“In the final few days before the race I managed to convince myself to attempt chasing down a 2:30hr marathon. Having put in a solid block of specific training, I felt as if I was in good enough shape to hold the required 3:33/km (5:43/mile) pace. The initial race plan was to reach the halfway point in 75:15 and look to finish strongly.”

How did the race unfold?

“The race unfolded in typical marathon fashion, featuring the classic fade in the final 10 kilometres. I rolled through halfway in 74:20, which was a clearly a little too quick. However, not one for panicking mid-race, I saw the 40 seconds gained as a ‘good cushion’ for the forthcoming suffer-fest. I managed to cope with the pace relatively well until around the 35km mark, ticking over nicely with a small pack of athletes. However, at this stage of the race I was aware that my 2:30hr ambition was not going to happen. Kilometres 35 to 42.2 were a blur: lots of support from the crowd, with seemingly little forward progress. Somehow, I managed to hang on to cross the line in a time of 2:32.32. I finished in 94th place, setting a personal best by around 12 minutes.

Were you happy with the result?

“I was overjoyed. I managed to put my body on the line in the pursuit of a time that I would never have dreamt of a couple of months back, let alone three or four years ago. The marathon is a tough nut to crack, so missing out on the initial 2:30hr target is nothing to be disheartened by.”

“Running across Tower Bridge at the 20km mark is always very exciting. The fact that my parents were there, frantically ringing a cowbell in my face, made this part of the race even more special. To be honest, the entire event was a highlight. If you are considering entering the Ballot for next year’s event (open’s on Monday 1st of May!), just do it – you won’t regret it!”

“I am going to take a couple of weeks to recover, before gearing myself up for the British Universities and Colleges Sport (BUCS) 10,000m Championships. This is incorporated within the Highgate Harriers Night of 10,000’s on the 20th of May. I will be representing the University of Exeter, alongside Exeter’s (unofficial) fastest-known Norwegian Distance Runner, Joachim Tranvåg. I haven’t looked too far beyond this, but I will try to race in as many of the track and field competitions that Exeter Harriers are involved with over the summer.” 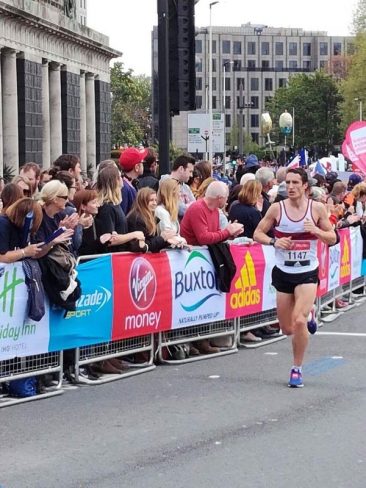 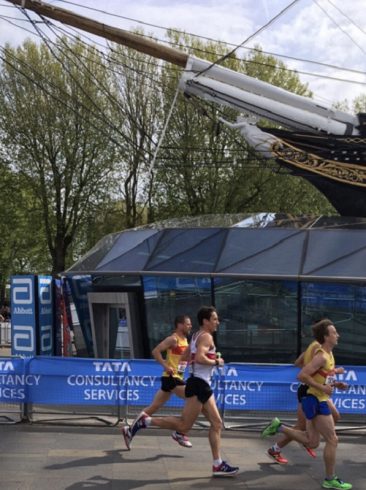 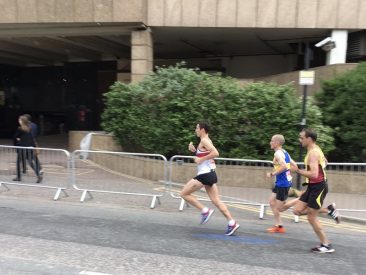 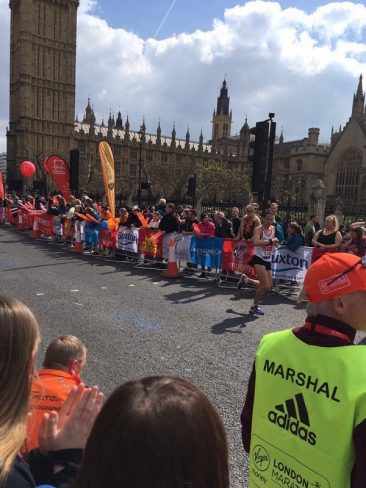 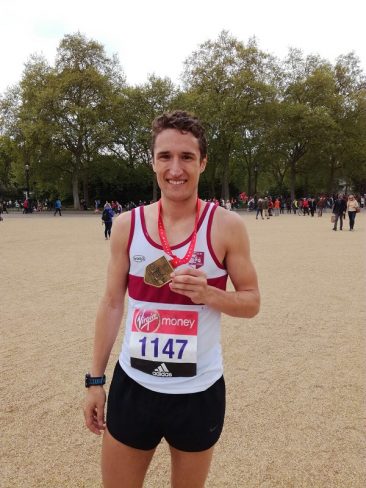 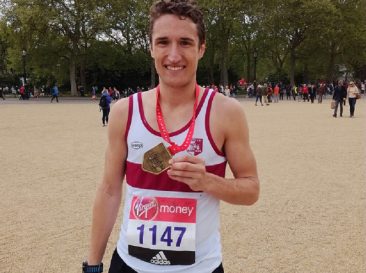