Exeter Harriers’ Mark Palmer ensured the long journey to Bloemfontein in South Africa was worthwhile, returning with two bronze medals from the IAADS (International Athletics Association for Persons with Downs Syndrome) World Championships. Mark trained hard for the event with his coaches from the club, entering five events in total, with weather conditions extremely hot at around 30 degrees and cloudless.

In the 100m Mark ran well, coming 3rd in his heat, and was unfortunate not to make the final, but the 400m saw him pace the race well to claim the bronze medal in a time of 74.40, a superb achievement considering the winner Hector Garcia (Costa Rica) and silver medallist Nuna Fernandes (Portugal) both broke the previous world record with their times of 69.05 and 72.96 respectively.

The long jump saw Mark again perform well, reaching the final and eventually finishing 6th with his best jump of 3.31.

Day 2 saw Mark compete in the 800m and 200m. In the intense heat running conditions were difficult, but he coped well in the 800m to win his second bronze medal with a time of 3:19.01. “Mark started very slow and was last for most of the first lap, then overtook most, with a fast finish in the last 150m, passing an Italian just before the line. He was exhausted!” said Steve Palmer, Mark’s Dad.

“The 200m went wrong” said Steve, “Mark felt he had a bad race, and then stopped a step before crossing the line, so his recorded time was slowest. Actually the heat was very fast with Hector Garcia getting a world record in 28.57 (which he bettered again in the final). 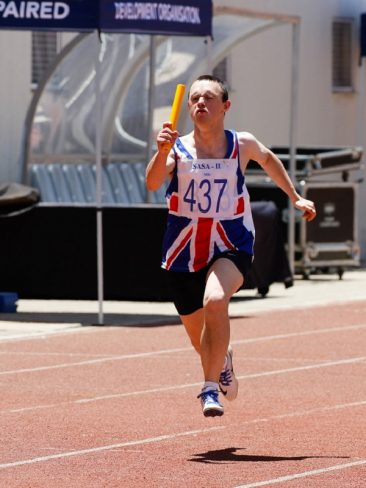 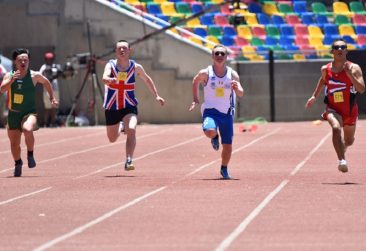 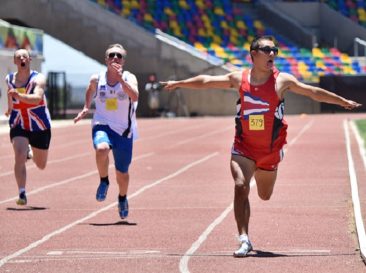 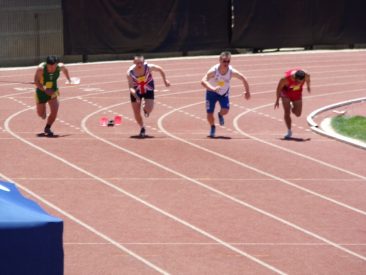 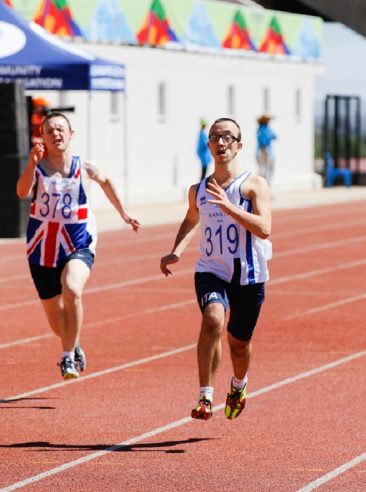 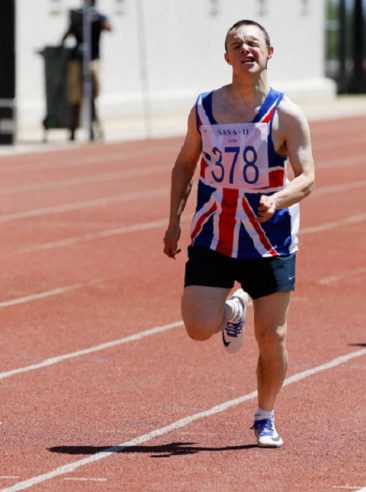 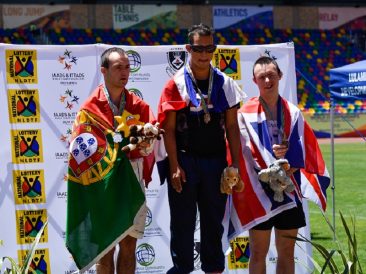 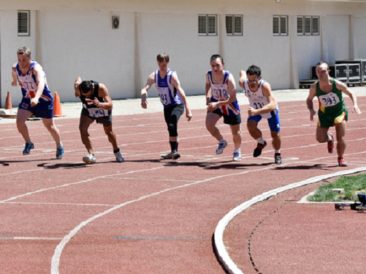 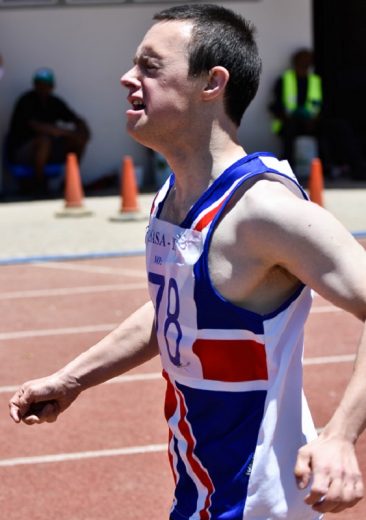 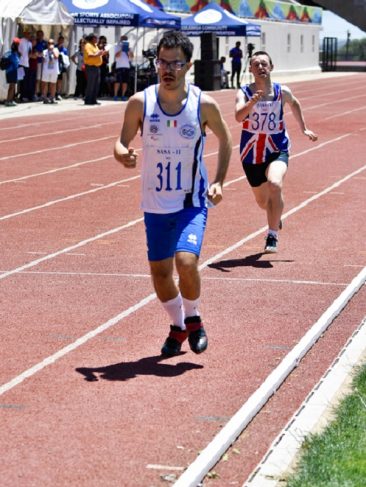 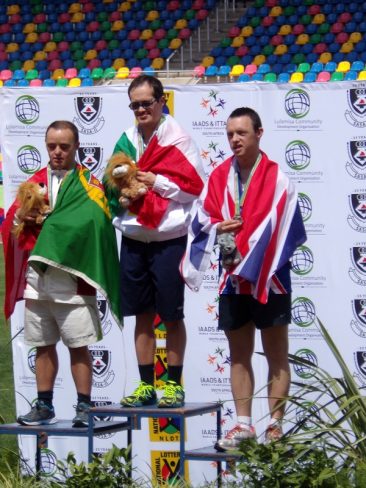 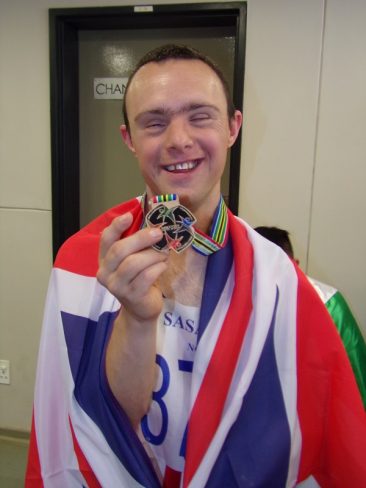 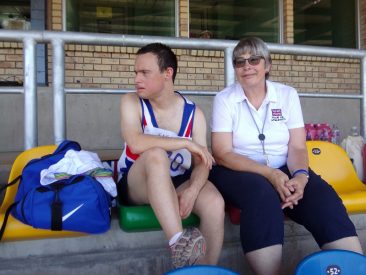 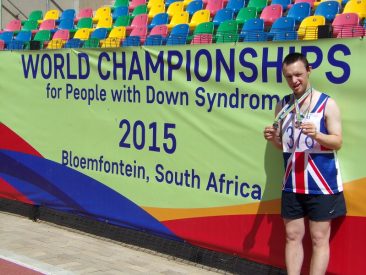 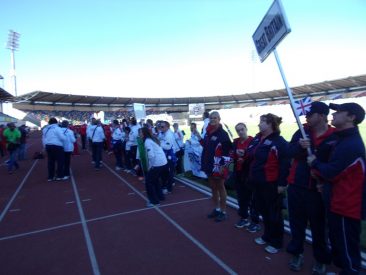 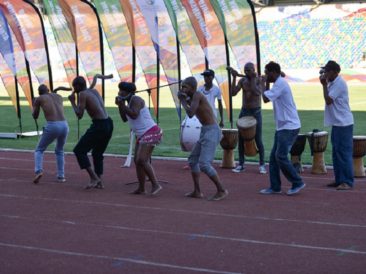 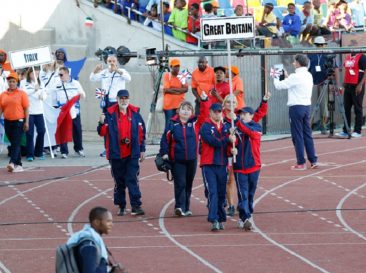 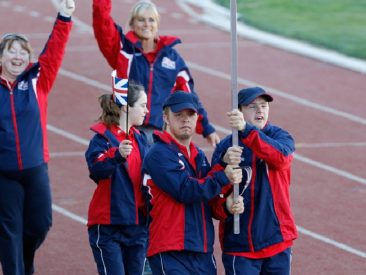 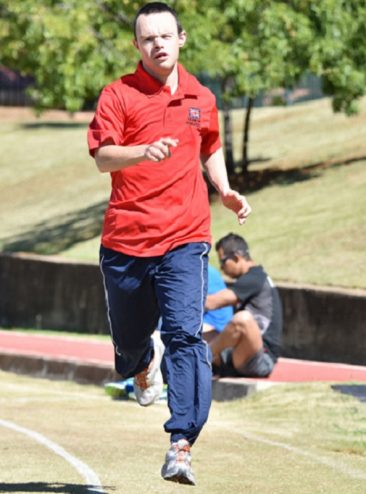 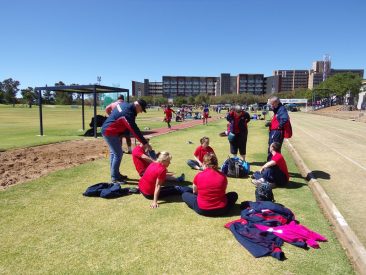 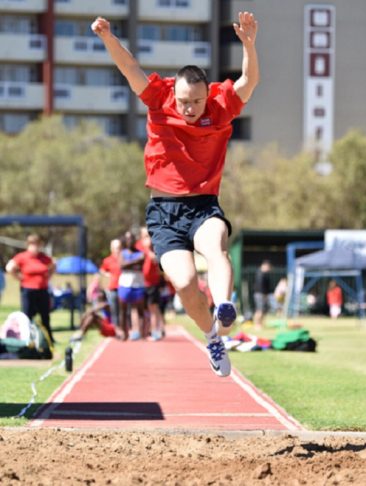 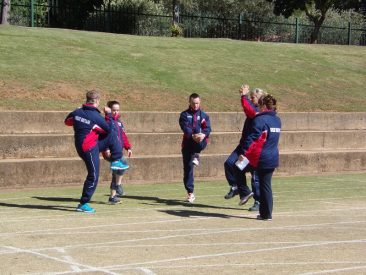 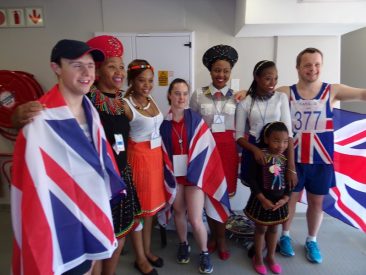