Exeter Harriers were well represented at the Exe Relays which consisted of 4 runners each completing a 4km run. The new Off Track Running Groups had 2 teams with the 5 mile group finishing a respectable 13th and the 3 mile group finishing 39th. Several parents who run on Tuesday evenings performed well in their first competitive run for the club – these included Harry Mills, Andy Green, Andy Field and James Cann. The other Harriers team finished 19th with the ladies team finishing a commendable 23rd. 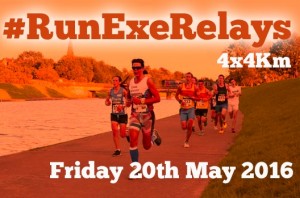