Rosie Chamberlain set a new 800m PB in her opening race of the new outdoor season.

The Exeter Harrier, studying at the University of Central Florida, set a time of 2.04.54 and now holds her university’s indoor, outdoor and facility records at the distance.

Great Britain international 800m runner Marilyn Okoro is in Chamberlain’s training group and that has seen her benefit massively, with Okoro able to set the pace for her.

Chamberlain’s target is to beat 2.03 this year, which could well qualify her for the invitation-only British Outdoor Championships. 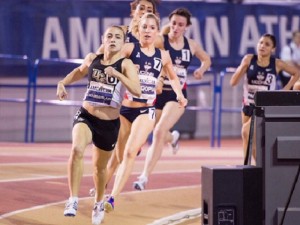