Craig and Jack Moncur had contrasting emotions after both won Silver Medals at the Scottish National Age Group Championships.

Craig was second in the under-13 discus with a huge new personal best of 27.85m in Grangemouth last weekend.

Jack, however, bitterly disappointed with his performance as he was the runner-up in the under-17 javelin. He struggled to get his normal power into his throws and his best of 52.70m, which came in the final round, was more than five metres short of his PB and behind the winner on 55.87m.

Younger brother Craig also competed in the shot putt and achieved his aim of competing in the top eight. His first round throw put him fourth, and he consolidated that with his final throw of 8.89m for a new PB.

“I am delighted with the results, exceeding my expectations for the competition,” said Craig. “It was a great experience competing at a national competition.” 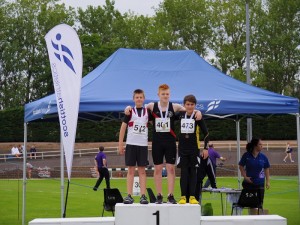 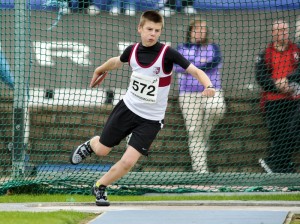 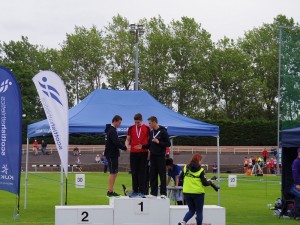