There was strong representation from Exeter Harriers at the 2015 Express & Echo Exeter Sports Awards, held at Sandy Park on Thursday 5 March, with Harriers members shortlisted in five of the categories at this celebrated event now in its fourth year.

Jo Pavey was crowned Sports Personality of the Year, in recognition for her outstanding achievements during 2014 including winning the 10,000m at the European Athletics Championship in August, two weeks after winning bronze in the Commonwealth Games over 5,000m.

Gavin Pavey, Jo’s husband, was also named Coach of the year for all his efforts behind the scenes coaching and helping Jo.

Jack Moncur was named Young Volunteer of the Year for the volunteering work he does at the club, including assisting coaching at the junior sessions and starting out on his officiating journey in 2014.

Other nominees from Harriers included Mark Palmer for Disabled Sports Personality of the Year and George Eccles for Lifetime Achievement Award. Both were runners up in their respective categories.

It was fantastic to see our athletes and coaches nominated and achieve success in such talented company at this prestigious event. All of them fully deserved their nominations and awards, and it is great recognition for their commitment to athletics and Exeter Harriers. 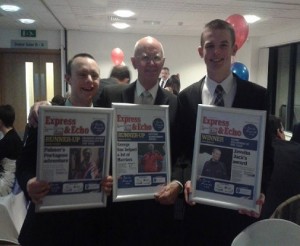 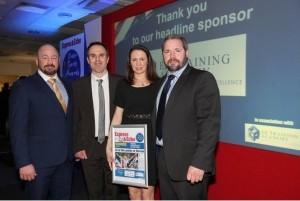 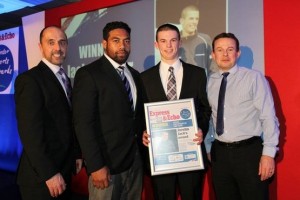