Sam Talbot travels to Grosseto, in Italy, today with his Coach, Martin Brockman, as part the British Athletics Team, comprising 55 athletes, to compete in the European Junior Championships on 20-23 July. 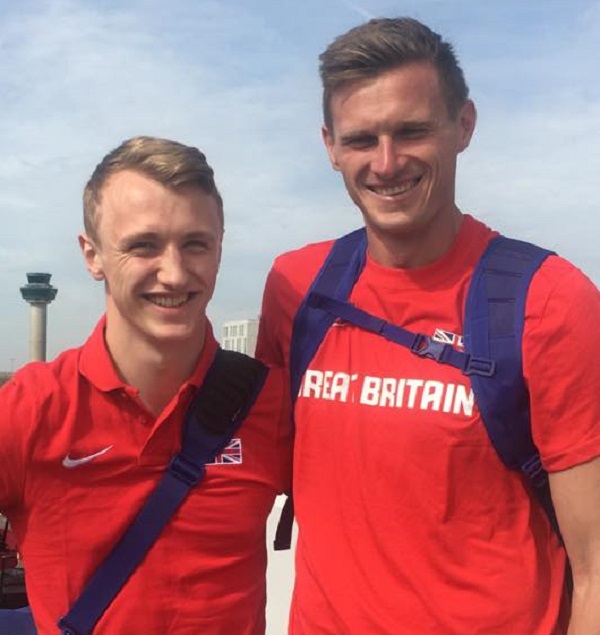 Talbot currently ranks No1 in the UK U20 Decathlon (7277 points), a massive 900 points ahead of the number 2, following his performance at Millfield on 29th & 30th April.  Talbot reflects on that day saying that although “pleased” with his performance “only a couple of the events went how I wanted them to so I know there is a lot more left for me to improve and tidy up so I can pull out a big score that I am capable of.”

“I went into the competition with the main aim of getting the qualification standard for the European Junior Championships in Grosetto.  Day One got off to a mediocre start with a decent 100m but a below par shot putt after a frustrating long jump, with the gusting wind playing havoc with my run up, leaving me with only one valid jump. A 3cm HJ PB was the highlight to the day, which again wasn’t aided by strong winds. I finished the day with a solid 400m run to keep me on course for the 7300 I needed to qualify.”

“Day Two didn’t get off to the best of starts with a huge head wind in what is normally one of my best events, the hurdles.  It made it difficult to judge the run in to the first hurdle which led to me hitting it and subsequently never really getting into a rhythm.  I was nervous for the discus, as the last time I had thrown in competition had been when I fouled out in the European Youth Championships last summer, but luckily I managed to get one out there first round and although I didn’t improve on it, it was nice to put that to bed mentally.  It then proceeded to bucket down with rain just before the pole vault which is the worst time for it to do so as a wet pole is impossible to grip.  Luckily I didn’t enter the competition for three and a half hours so it had cleared up by then! Javelin was also concerning me, in the lead up to the competition, as I had injured my elbow just a couple of weeks prior.  This meant I was throwing through quite a sharp pain in my elbow so only took one warm up and then my first round throw which was solid enough to leave me needing to run a 1500m time that should be relatively comfortable.  With this in mind I set off at a pace well inside what I needed, just to play it safe, and a couple of the boys offered to pace me for as long as they could as they knew I was aiming for the qualifying score.  This is just one example of the infamous decathlon spirit as they sacrificed their own races to help me out and I can’t thank them enough for that.  It helped me round to a 3 second pb and secured the qualifying score.”

Hopefully the weather in Italy will be much kinder to Sam and he’ll achieve the “big score” he’s looking for.  Good Luck from us all at Exeter Harriers.

A full list of the GB Team is listed below