2019 got of to a flying start for multi-eventer Jack Turner winning the U20 EA Indoor Heptathlon title in Sheffield on 6th January.

Jack had been in top spot until the pole vault. It was this event that saw the leader board start to look very tight, with Jack equalling his personal best 3.90m (590pts)

Day 2 got off to a good start as his 8.26 (917pts) 60m hurdles was fastest of all and moved him from second to third. At this point Scott Brindley (Club: North Ayrshire AC, Coach: Mark Stringer) was in the lead and his 8.42 (879pts) maintained a gap of 16 points with Joel McFarlane (Club: Arbroath & District Athletics Club, Coach: Ian McFarlane) third after his 8.75 (802pts).

With the pole vault dealt with on day one it was now the high jump and an impressive 2.04 (840pts) carried Jack back to the top of the leader board for the first time since the shot put.

A 2:50.06 (765pts) performance in the 1000m took Jack to the title and a 5329 point total putting him on the All Time Top 10 score list!  This performance has now secured Jack’s place in the British Team for the Combined Events International in Cardiff on 26-27 January.

Full results can be found here 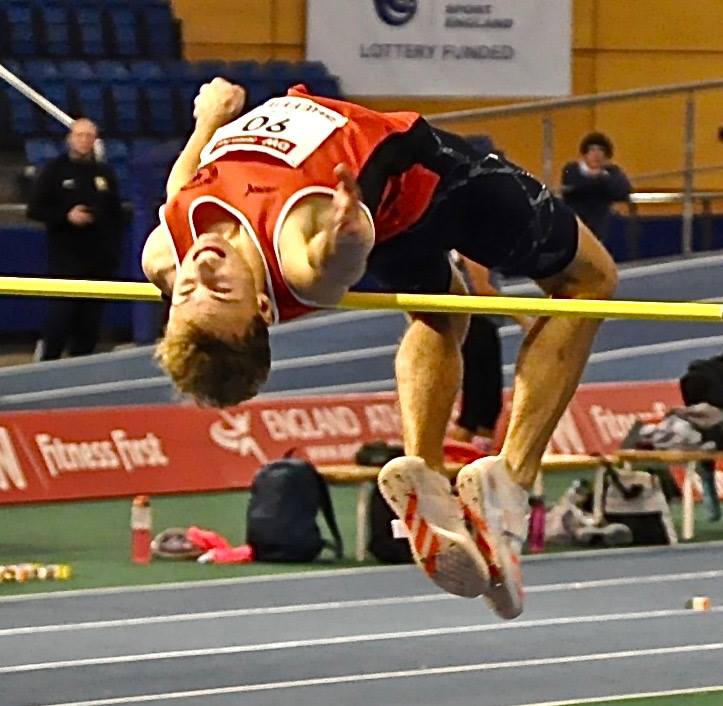